sorry, didn’t want to hijack another thread but wanted to vent. totally do not blame Ryan, but letting people know this mooch is out there & trying to put Ryan down for standing up for himself. I left the jerk a comment stating as much. 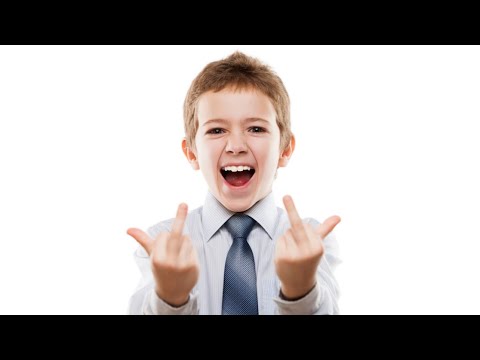 That is a first.

To fill in the back story a little bit. I woke up yesterday to 3 emails about this guy on the creality FB group selling my parts.

I tried to add a link to help this story along. He deleted the post.

He had a listing for selling my parts ($1000+), and also selling built MPCNC’s, he was trying to get a feel for demand I suppose. Out of ~40 comments everyone was being polite and pointing him to the license and telling him it wasn’t cool, and he can’t do that.

In one post he said who cares, what is one guy with a print farm going to do to a big company’s sales how could he possibly even make a difference. I replied, I am just a guy in his garage and it matters, it matters a lot. I also sent him that message.

He replied publicly with “I will do what I want and you can’t stop me” (he is located in the US), he then turned off comments so no one could reply and a of course today the whole post is gone. Privately he also replied 12 hours later. Nothing good in there either, he did say he would never mention my name in a video again…well looks like he did that anyway.

And the first other vid I watched here he is talking about selling them. https://youtu.be/eijfQ9C4xPo?t=1408

that’s really unfortunate. sorry if I caused you any issues, I was doing some searching for how to videos and that one come up & instantly ticked me off. I can’t stand people like him. thank you for the comments.

No hassle from you at all. These type of people are rare but they still sting. Glad to know about it early.

Prime douchery. At least TS had the argument that he was using his own creativity and technical skills to add something of value. This guy… Big d cnc after some sandpaper and paint?
Fwiw, I’d be surprised if he could find enough people to buy his labor at any sort of sustainable rate. Seems to me the people smart enough to use a cnc are generally more than smart enough to assemble an mpcnc. I think the problem with most kits isn’t that they are too complex, it’s that you just don’t get much for them.
Mpcnc has a bit of recognition, and I think anybody who even tried to find out about 3d printed cncs in general, much less this guy’s efforts, would come across the V1 store quickly and do the math on how much this guy is charging to turn some screws and plug some wires.
Anybody whose time is actually worth money is likely in a different cnc market. For people like me, whose time ISN’T money, well, it’s gonna take a lot for me to pay someone else for theirs
I’m encouraged by how many people pointed out the license, because maybe he really didn’t know. Seems like the corner cutting type to me. But now he knows, and he said “screw it”. It’s been my observation that the community isn’t kind to people like that.

Do we know where in the US?

In the video he said Oklahoma…

I guess too far for a visit.

But I’d say calling him a jerk is kindness to the extreme.

and pointing him to the license and telling him it wasn’t cool, and he can’t do that.

I’ve never really read all the legalese of the license, is there really any recourse for you? And any way for a number of people to make life difficult for him? He sounds like someone who needs it.

I think that, thanks to the popularity of the MPCNC and his blatant distaste for the idea of intellectual property, he’s gonna get hassled at every turn. He’ll still find some people who think it’s a good deal to pay him for his time and effort, but when they run into trouble they’ll find out just how much they overpaid him. He’ll probably refuse to support them because it doesn’t pay well, and eventually they’ll compare what they got to a shapeoko and people will learn quickly to either build their own or buy the shapeoko.

Wow, lol… I guess there has to be one in every barrel right?

All I know is the dude sounds a tad unsophisticated with his choice of words, has no respect for the community that produced the info he used to commit his crime with, and he is paying little respect for the laws he is breaking.

This sort of thing only happens on this planet because… there has been a distinct lack of a** whpin’s in the guys life. Ryan should have just ordered one for evidence, and proceed accordingly. Not quite an a wh**pin, but maybe it’s enough stimulus to change behavior in a way that benefits all (including himself).

[edit: Ryan, I just noticed you live in my neck of the woods… Sacramento here.]

I think that, thanks to the popularity of the MPCNC and his blatant distaste for the idea of intellectual property, he’s gonna get hassled at every turn.

One can only hope, I just have no love for lowlifes.

What an idiot. Hopefully he will come to his senses when he sobers up. If not, if he wants to sand the logos off the parts and put them up for sale, while dealing with the takedowns and the fact he has zero name recognition, he will find it hard to make any money. There are lower hanging fruits, he will quickly find someone else to harass.

If any of you see him in the wild, I would keep the tone professional and just point Ryan to him or his sales pages. He sounds like the kind of person who says things out loud that he wishes were true. Confronting him directly may make him just dig in more. Ryan has a tough skin for this stuff, but I am sure seeing positive comments help Ryan out more than name calling or trash talking.

If not, if he wants to sand the logos off the parts and put them up for sale, while dealing with the takedowns and the fact he has zero name recognition, he will find it hard to make any money. There are lower hanging fruits, he will quickly find someone else to harass.

It seems the bad thing is he identifies it as the MPCNC in the video so even with the logos sanded off it has that tie in.

There are lower hanging fruits, he will quickly find someone else to harass.

The odd thing is the private message I sent him that he almost shows on that screen says “Hi. Please remove your posting to sell my licensed designs. You have a print farm, there are thousands upon thousand of free to sell things, this is NOT one of them.” That is the message I sent word for word in it’s entirety.

If any of you see him in the wild, I would keep the tone professional and just point Ryan to him or his sales pages. He sounds like the kind of person who says things out loud that he wishes were true.

And obviously has a lot of time on his hands to just keep going. Please just let me know if you see anything else and it can quickly be dealt with in the US. Sanding off a trademark does not make it legal to sell.

On my best days, I try to do a little of both, lol. But of course that’s when I represent myself, like here in the lounge. Worth pointing out that “in the wild” so to speak, we’ll be interpreted as representing at least the MPCNC community (including fine folk like you) if not Ryan himself, even (especially?) if its unintentional.

Really angered to hear this. As a software guy, I have had my code stolen and repurposed, so I know how you feel! How about a takedown of his video for violating terms of use?? I am sure you could make a case for that - at least get the posts / videos removed - go after him from that angle.

It is not worth it. He is one of many that feel this way, they all seem to love to argue and fight for their right to do whatever the heck they want.

We all have better things to do other than play with them.

I appreciate the enthusiasm though!