It’s been another year and we had another Hackathon at work.

I still went with a hardware theme, but this year I actually had some people interested in helping me. I think the two extra sets of hands and brains helped.

For this year’s event, I decided to do an Alexa controlled air freshener. My wife brought home one of those automatic glade ones that sprits every few minutes. The problem I have with it is it sits in the laundry room. It can be quite loud when it goes off and if I’m having a hard time sleeping, it keeps me up… even though it only triggers every 30 minutes.

My initial design goal was to hack an ESP32 into it so that I can have it not trigger during my normal sleep schedule. The stretch goal was to be able to have Alexa trigger it and to have Alexa turn on a ‘nap’ time where it won’t trigger for a few hours.

My team was able to meet all of these goals. We did good enough to bring home 3 of the 7 awards given out… Most Creative, Best team spirit, and Most Polished.

We had some ups and downs in the process, but in the end it all worked out. I finished the wooden stand for it over the weekend. I haven’t had a chance to get the MPCNC up and running since the move, so I had to hand route the faceplate for the control board. The bit grabbed once or twice and ripped out some of the wood, so I turned them into ‘design features’. The first picture is how it was presented during the demos. The next two is after I finished it over the weekend. The mortise for the faceplate worked perfect for holding the control board for the demo. 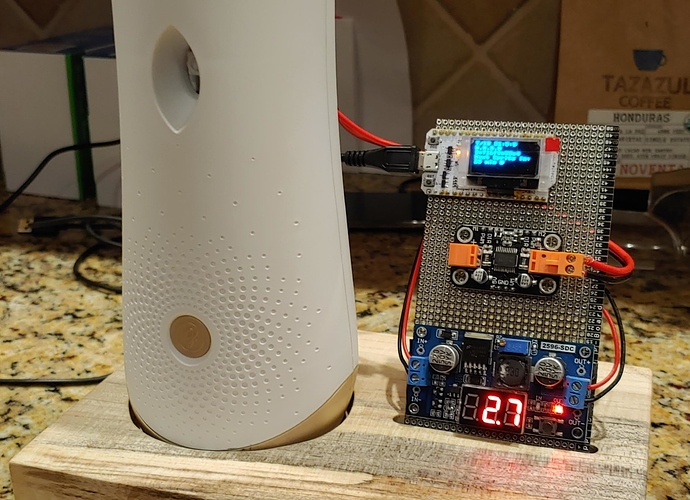 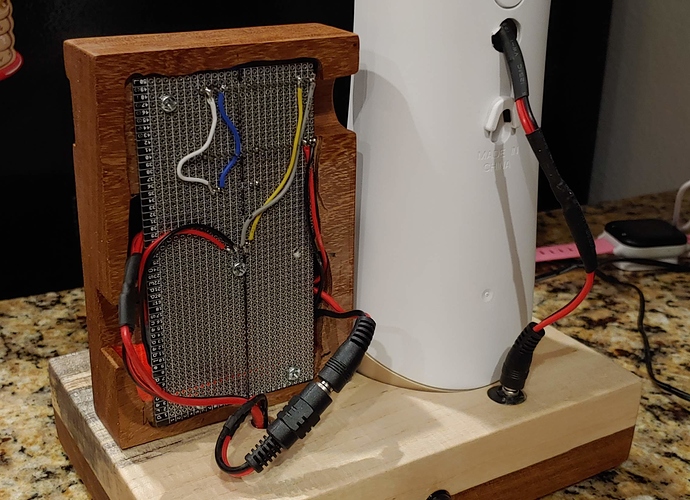 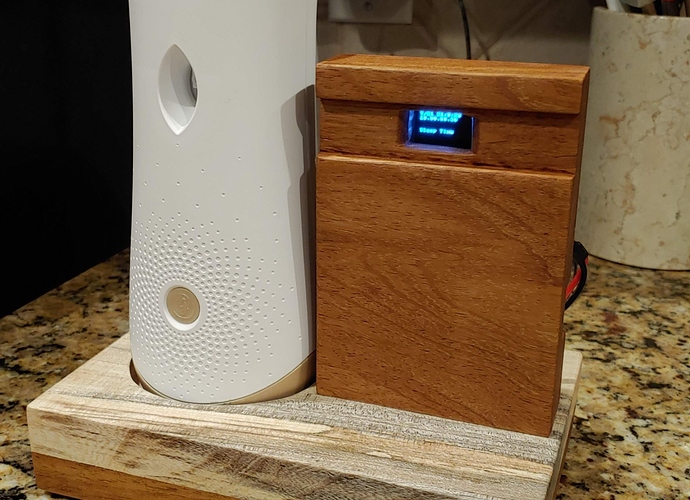 You just need to incorporate a bad smell detector and you can sell them on kickstarter.

My mother in law has one of those damn things. We were staying there and it scared the crap out of me when I was up letting the dog out!

A controllable version would be nice.

You just need to incorporate a bad smell detector and you can sell them on kickstarter.

It was a surprisingly easy project once you got past the initial hacking part.

We started with trying to integrate the esp32 into the existing circuitry. That didn’t go well at all, so we cheated and just drove the little electric motor directly.

We did have one ‘oh darn’ moment where I misstyped a while loop and we railed the little motor at 5V against one of the braces. It immediately broke off every tooth on one of the gears. We then got to take a quick trip to Walmart to pick up a few more test subjects. Really happy these silly things are only $5 each.