So, I’ve read a thread on here about axis perpendicularity and have attempted to employ those methods of adjustment (loosening the bottom/tightening the top and vice versa) with the 2.5" screws to no avail. (Its also possible I’m not doing it correctly based on my interpretation of the post)

I’m included a couple photos: 1 of the scrap piece of ply I manually faced with a 1" bit and 2 photos of trying to show the variance of the router to the rails along the y axis (lower toward -y and/or higher toward +y).

The photo of the scrap shows the two halves. The whole piece was faced along the x axis. The right half only faced along the y axis (after the initial x axis operation).

Am I being too picky at this point given the nature of the machine and it’s makeup or is there something I can do to fix this?

EDIT: Added another photo. Definitely not the bit as my 1/4" flat endmill has the same issues. =(

-You are using a giant bit and that magnifies the problem.

-I have a blurb in the FAQ’s, if you have issues use it for a bit to break it in, then take it apart and try again. I think everyone gets it the second time.

-You can shim the 660 mount (I use layers of tape) instead of adjusting the bolts.

-You are not showing any pictures of you actual build so I can look for any obvious errors.

Also, I’ve added a few photos of the build in case I missed something obvious. Not sure exactly what to show you pictures of at this point. (The router is out of the holder because I put tape inside the bottom collar and it snapped the the bottom mount - weird - , so I have to reprint) 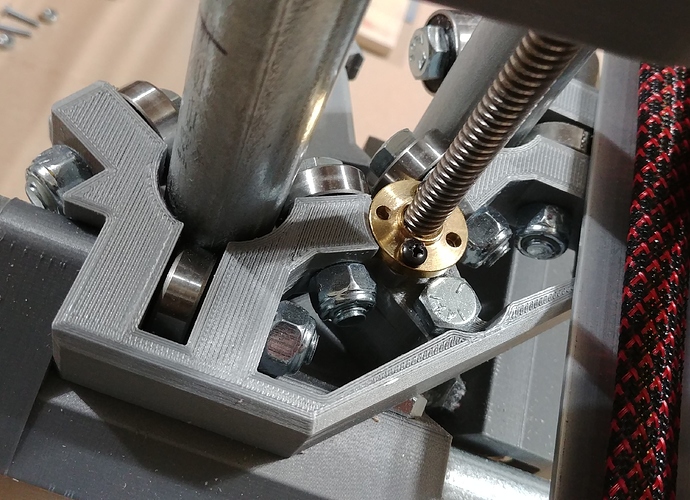 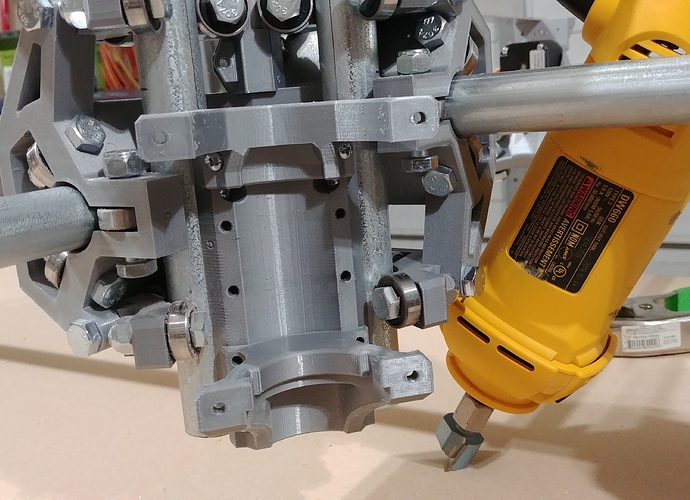 Depends on how you need to move it. It is only effective on the machine side of the mount. Just have a good look at it and it should make sense. I also have a tool on thingiverse to make this easier.

Just have a good look at it and it should make sense. I also have a tool on thingiverse to make this easier.

The perpendicularity tester? Yeah, I printed/used it and it’s definitely showing the bits tilting forward (toward -Y).

It is only effective on the machine side of the mount.

Thanks for the help!

In between the tool and mount, not the mount and tool holder pieces.

Just try it out real quick. Much easier than me trying to describe it. I am not very good at it.

I really suggest using it a bit more and doing a rebuild of the center. It seems to work for everyone that prints there own parts.

Nice, It takes a few tries usually but it should stay put and if you do a rebuild it will be much easier the next time around.