I was just wondering if there was a reason why you could not use a driver per stepper? there is 5 steppers and 5 drivers?? Also the steppers are 2A a piece and the drivers can only manage 2.5A if you are splitting the steppers on a single driver are you not effectively nerfing the potential output? I am not very familiar with modifying marlin so I can only assume there is a problem with the firmware not liking this setup, or just outright not being able to accomplish this for other reasons. I do however have a prusa i3 printer and it uses 2 steppers for the z axis 1 running on the z axis driver and the other on the extruder 2 driver, meaning there must be some way to then have the x and y act as one and use the extruder as the z axis or something along these lines. Or perhaps maybe a driver expansion adapter like thisStepper Expansion Board

1 driver per stepper requires extensive edits to the marlin firmware and takes out the easy multi function of the machine. I use my machine for a lot of things, sometimes multiple per day, stickers, milling, and printing I use the other sockets.

The 2.5A limit per driver is much higher than 2 nema 17’s need. This has been explained a few times, but here is the quick break down. nema steppers are usually rated at something like 2A at 4v or 8W, meaning at 12v (what we use) you only need .67A each which is still 8W.

You can use the expansion board but you would be over complicating things and spending extra money for no reason.

Ah, Thank you for the quick response. I only plan on using this machine for cnc milling (Wood, Aluminium, plexi) But I see what you are saying in regards to the 12v vs 4v, I did not realize they were rated in such a way.

The only reason I brought it up was because I was looking at adding another extruder to my printer, but because of my setup (extruder #2 being second z axis) it would be difficult unless I used a board which allows for more than 2 extruder’s. I stumbled across a few people having the problem of doubling up their z axis on a single driver and causing heating problems and more stuttering due to lack of current.

I am not using a stepper larger than 59nm/2A so if what you say holds true than I should not encounter these problems, But seeing as the expansion boards are about 3$ if I did decide to try and go the route it won’t break the project financially for me

P.S. Awesome build, I am having a lot of fun so far. I really enjoy the ingenuity and creativity. This thing is bad sally and I can’t wait till she is up and running 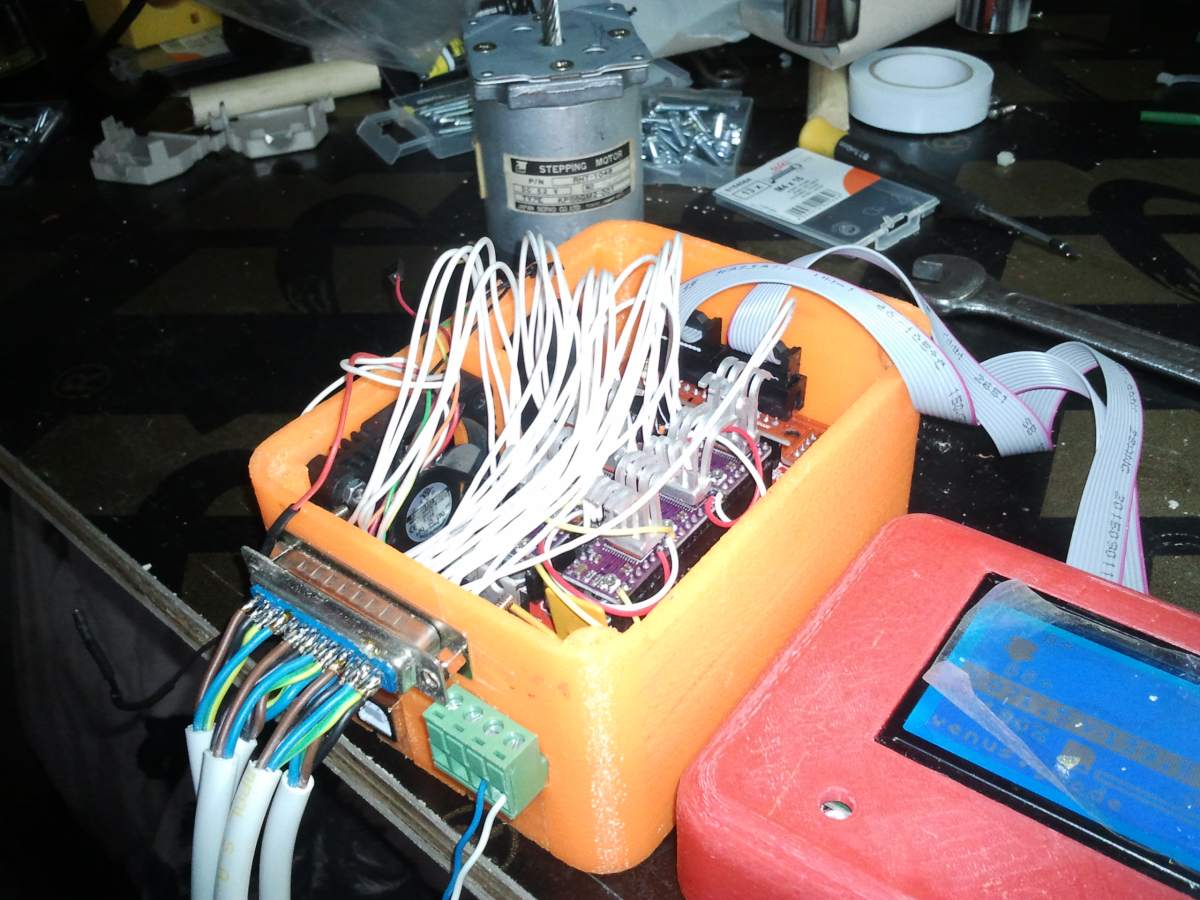