I’d be a filthy liar if I said I got this right on my first try, but I made this brass pendant for my wife for Mother’s Day (I drew 3 stylized glyphs to represent each of our kids to engrave on it). MPCNC handled the brass with no issues! At one point I was doing 1mm depth of cut at 3mm/s, and it just glided through.

I broke it free from the flat stock and broke the edges and hand finished with a dremel. I went at it aggressively with 1000 grit sandpaper. Dropped it in some solvent to clean it up and called it done. 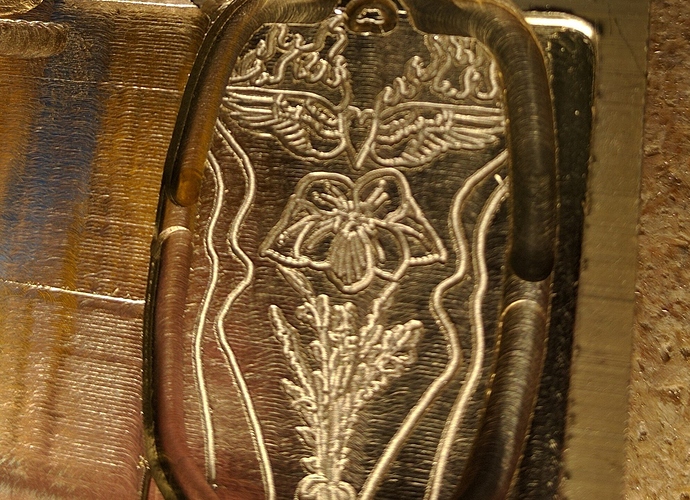 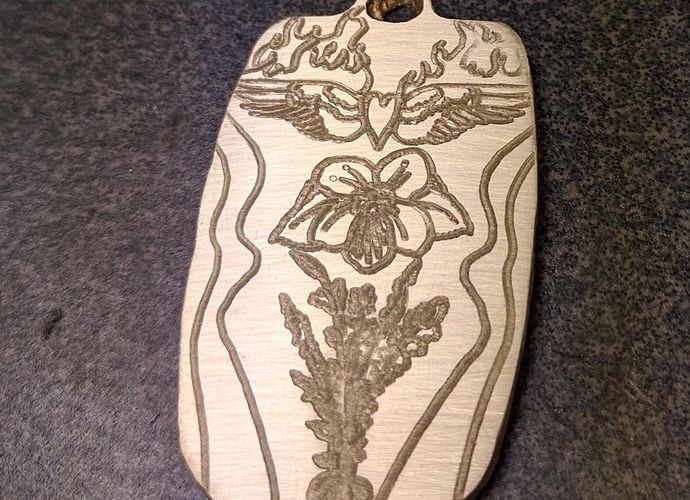