My apologies to my lowrider 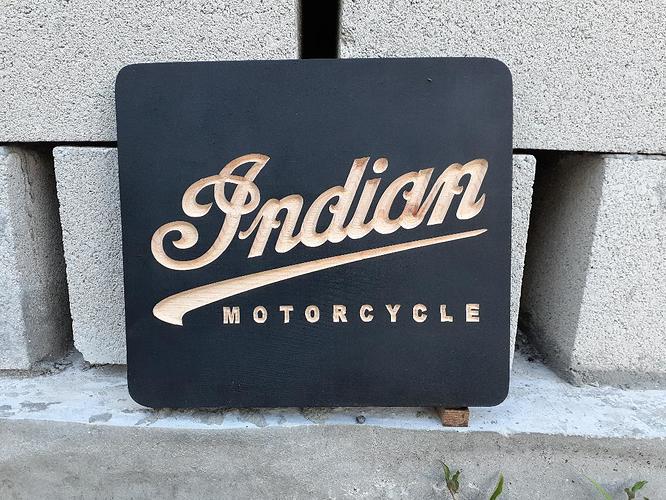 This is a simple carve and I originally had no intention of posting it, but I noticed something on the carve that I thought was worth sharing.

I did this carve after a major tune-up on my lowrider. First, I replaced my MDF Y-plates with plywood ones. (I live in Florida and the heat and humidity had not been kind to them. The wheels were at an angle to the table that was not 90 degrees.) I had noticed when I did really expansive jobs that covered a large part of the (8’ x 4’) table, I was getting inconsistent depth of cut. I stripped my table top down to the 2x4 frame and used the lowrider to surface the frame itself. I found a deviation of over 3mm over the surface. Then I essentially made it a torsion box by gluing and brad-nailing 1/4" ply to the top and bottom of the 2x4 top frame. All this work took quite a bit of time and effort.

So, when I did this carve and noticed that the word “motorcycle” was all gnarly, I thought that maybe I had just screwed things up and thought surely there was something wrong with the machine. But, I also could see that the rest of the carve looked really nice.

So I went back to the source graphic file and zoomed in. Sure enough, the carve looked EXACTLY like the graphic. The lowrider had done exactly what I had asked it to do.

So, my sincere apologies to my lowrider for doubting you.

(I’m sure you are not the only one to blame your machine, you can’t hurt their feelings that easily!)

@JKStewart nice sign even if it’s not a Harley one. (Sorry couldn’t resist ribbing you)

All kidding aside it looks real nice.

As an IT guy I always joke that if computers were really smart they’d do what we want not what we tell them. And you are proving it!

Thank you! FWIW, I don’t own an Indian, OR a Harley. I’m into performance bikes.

But, you can’t beat the classic American and British brands for beautiful logos.
I made a Norton sign awhile back and have plans for Triumph, AJS, Harley, Ariel, etc.

I’m a former IT guy as well. Many times I needed to get from “A” to “C” and “B” just eluded me. I always wished the computer was smart enough to find it!

I’m glad their feelings aren’t easily hurt. A depressed lowrider would be a bummer. Kinda like the elevator in the Douglas Adams books. ( A " The Restaurant at the End of the Universe" reference there.)

@JKStewart exactly. I’ll rid with anyone if they’re safe. And likewise won’t if you’re not.

That said, I enjoy good natured ribbing. I just hate anyone who is nasty and goes beyond a little fun.

Yes the classic logos are so cool. But that’s so true of so many early 20th Century logos.

During my active motorcycle years I had one Harley, a '56 KHK. It caught on fire every time I started it (got real good at blowing the ‘candles’ out) and had the shift and brake on the wrong sides for me, but at least I’ve been able to say ‘yes, I had a Harley once’.

[Pretty much everything else I have had, and my stable was up to 21 bikes at one point, were Hondas]

Wow! I thought I had too many bikes… nowhere near 21!

My first 2 bikes were Hondas. Bulletproof. They were excellent at NOT catching on fire.
The rest have also been Japanese until my latest, which is a Triumph. Would love to say I owned an American bike, but there just hasn’t been one made yet that suits my needs. I almost bought a Buell, but it just didn’t feel “finished” compared to the Japanese bikes.

Just fitted a new tank on my Harley last night.

My first bike was a kawasaki Vulcan, but my last three bikes have all been Harleys. 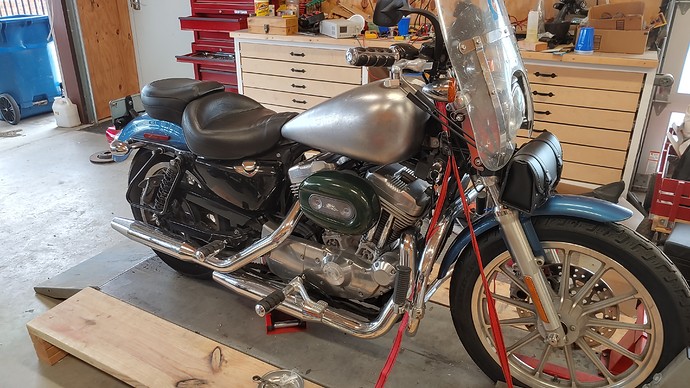 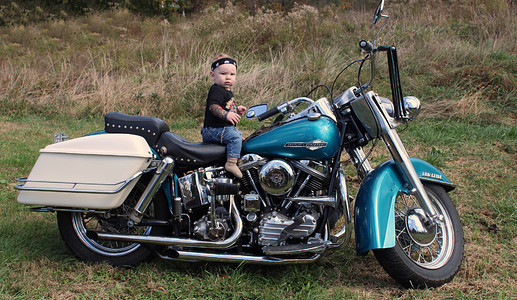 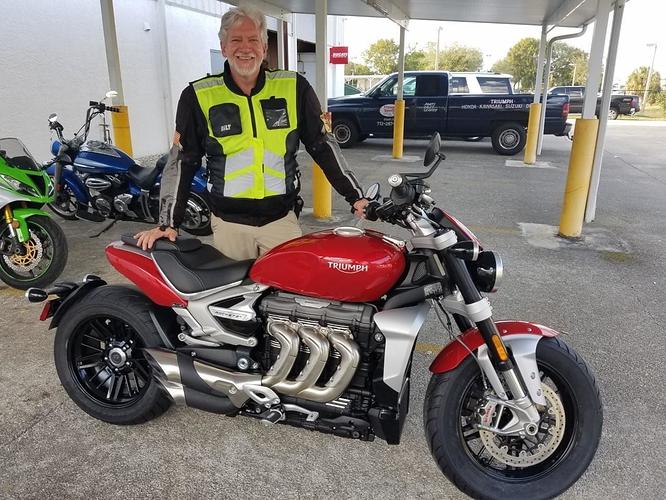 Friend of mine wrecked a triumph Daytona in college. He spent the next month converting the front to a naked speed triple.

All the power and torque of the Daytona with hardly any weight on the front end.

That thing was scary.