I’ve been working on a build that’s up and running and doing some stuff! I see Hobbytime also recently went with a purple and black build, so I feel like I’m on trend. My main planned use for it is making panels for arcade controls, but I’ve got a bunch of other plans as well. I’m mostly treating it as a flexible platform to learn on.

So far, I’ve mostly plotted stuff with sharpies, and done a couple of light cuts in wood. Everything seems to be functioning without too many surprises. There’s a little bit of flex in the center assembly, I believe due to some very loose bolts, but the next thing on my list is to move the whole thing out of the house and into the garage, and I’m going to make sure I take the middle apart and reassemble it when I do that. I’ll check in after that.

As part of getting it out of the house, it will also get a base, an enclosure for the electronics, and some dust collection, as well as finally routing the cables nicely.

I also spent a bit of time kicking around Marlin’s auto leveling stuff with the idea that I might try some PCB milling with it, as well as engraving things into curved surfaces (game controllers, mainly). I don’t necessarily expect a ton of success with the PCBs, but figuring out how to enable the z probe was a great way to get familiar with customizing the Marlin firmware at the very least.

I haven’t taken many pictures so far, so this is all I’ve got, but I did document a bit of it with videos on my instagram and you can check out https://www.instagram.com/dyselonian/ if you want to see more. 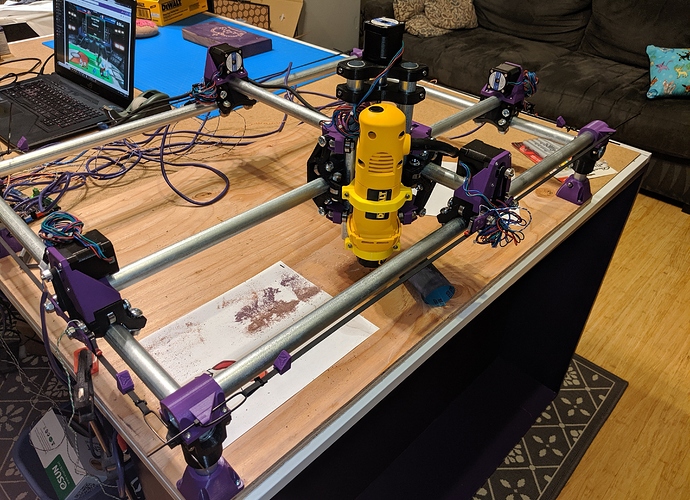 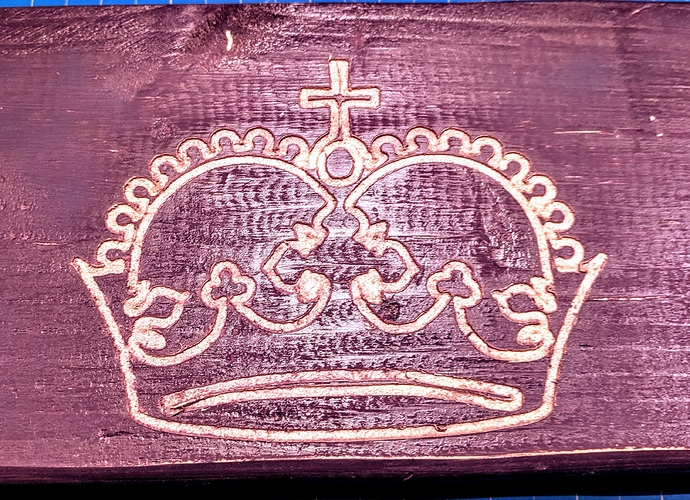 I’m mostly treating it as a flexible platform to learn on.

I think we all secretly are, even if we say we know what we are doing!

Welcome to the crew!