I had hoped to share these before the eclipse…but didn’t really get them done in time to share let alone give anyone else time to reproduce them. So…better late than never:

Based on these plans Safe Solar Viewer but made from dollar tree foam board cut on my MPCNC with my needle cutter. I drew the parts in Onshape and started to model it there as well…but was running out of time so ditched trying to model it and just focused on the sketches I needed to generate gcode from. Here’s the project if anyone wants but it’s really a mess since I was so rushed: Onshape

Sketches were exported as DXF and then opened in estlcam for generating gcode. I went through a few design revisions on the lens holders but overall it went fairly easy. Biggest issue was the final design required score cuts on both sides - I could have flipped the parts over and done the second side on the machine…but was in a hurry and they were simple lines so just cut them by hand.

I used a pair of +2 reading glasses for the objectives, for the barlow I used a $15 2x barlow from amazon we had on hand for my daughters telescope on the shorter viewer. The longer one I used a 2x teleconverter from my old Minolta dSLR. Both worked well though the telescope barlow gave a better image. The image with the teleconverter was larger since I placed it further from the screen but in retrospect I should have done it the other way around so the bigger image would have been the better image.

Oh well - worked well enough I could easily make out the current sunspots:

They don’t show up great in the photo though. It’s tricky to aim this with one hand and work my phone cam with the other

Took them to my daughters school for the eclipse and her class (and the other classes that came out) loved them. Was impressed with how many 2nd graders were able to figure out the basic concept of how they worked!

No, I didn’t need to use the MPCNC to build this, and probably could have build it quicker by hand…but the only table I have big enough to cut sheets of DTFB on is the MPCNC so I figured I may as well let it do the work for me 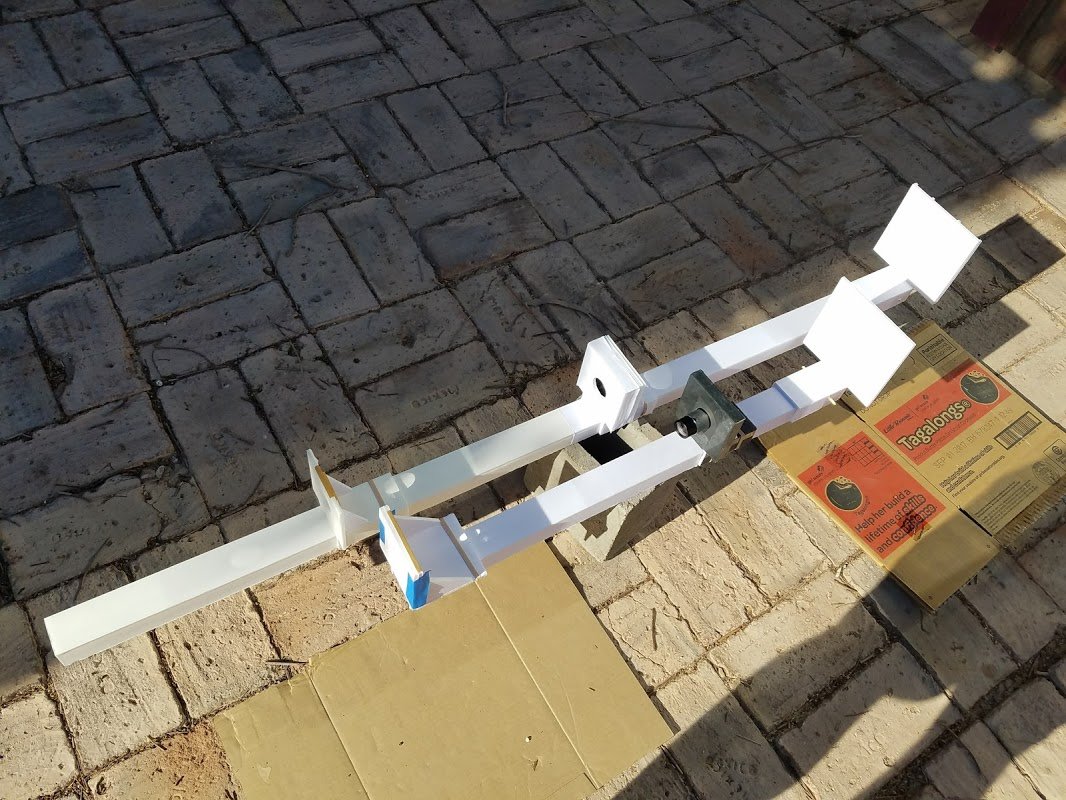 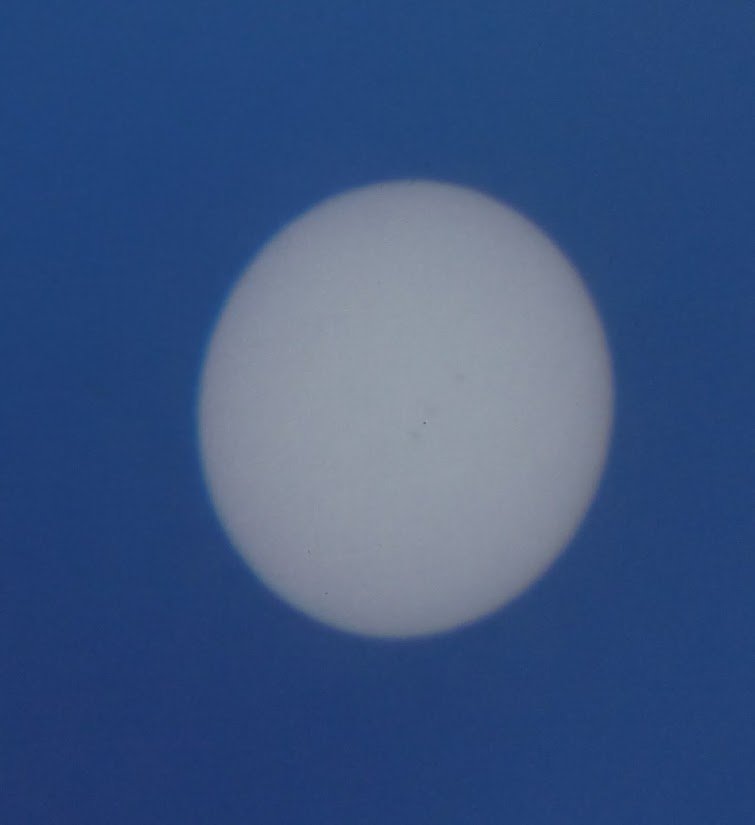 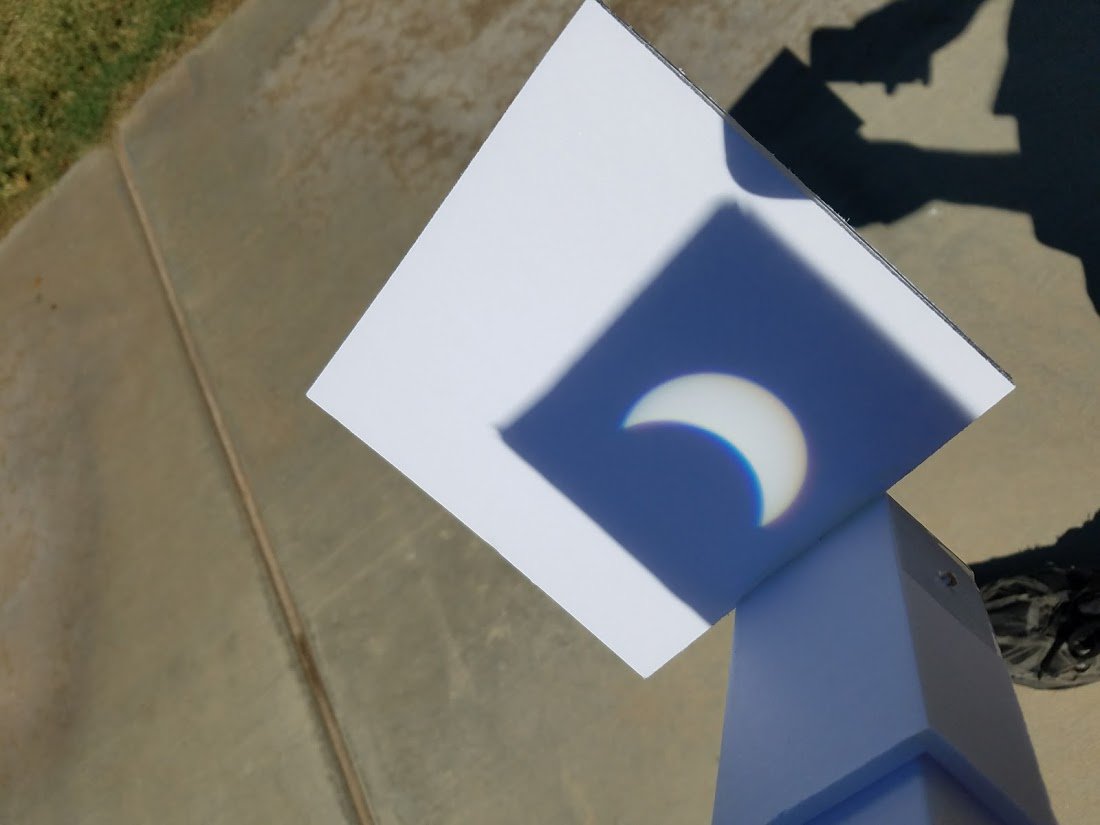 Slick! The plans will be ready next time! Or that would be pretty great for a Mercury or Venus traversal.

We went to Nebraska and stayed with family. It was pretty awesome. I had a hard time convincing my toddler son to wear the glasses but AFAIK, he hasn’t tried looking at the sun today.

Yeah, I the special glasses are nice and all…but the sun is still so small you can’t really make out any details. This is slick because it lets you see it big enough to appreciate things like those sunspots which according to an astronomer friend:

Sunspot group AR2671 stretches 140,000 miles from end to end, almost twice as wide as the planet Jupiter It has a 'beta-gamma' magnetic field that has energy for M-class solar flares.

So...not quite a "little" detail but compared to the size of the sun they sure look small :D

I do look forward to checking out a transit with it. I’m hoping I can get some better optics by then. The link I provided has a link to a place that has nice barlow lenses for $5 (but $6 shipping and I hate spending more on shipping than on products so I’d need to get at least 2) but they’re sold out of their 500mm objectives. I’m pretty sure the reading glasses I’m using aren’t the big quality limiter…but I’d still rather get a nicer set of lenses in there and release cleaned up files designed to fit a standard/cheap/easy to source lens set.

When I was testing it in the backyard this guy freaked me out:

I knew the line was a power line…but then suddenly this black shape came in. I thought it may be a tree branch at first…but then it walked and took on form and looked REALLY creepy. Finally he settled down right there and I realized it was just a bird 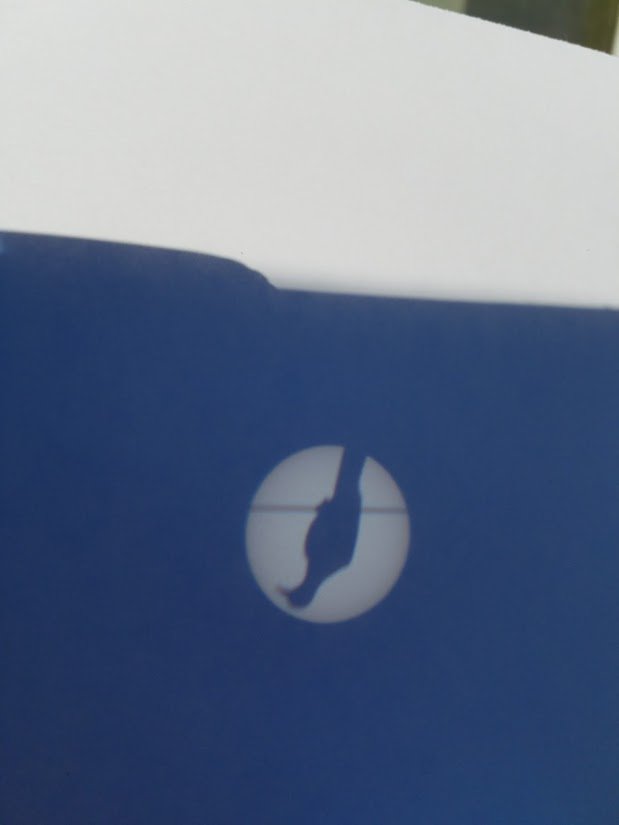