I’ve got a ridiculous idea…

Have you seen those printers with two print heads, but they are on the same X axis?

What if we mounted a second router, on a second 611 plate, with a second motor. Then you could install a chamfer bit, or something on the second router, and once you had it dialed in, you wouldn’t have to do any tool changes or anything.

You’d cut some parts, make some holes with the first bit. Then you’d move the gantry up, and move the first 611 plate all the way to the far side, then you’d bring the second 611 plate from it’s hiding spot, and start carving, or chamfering, or whatever.

You’d have to put in some special gcode to park/unpark the different carriages, and you’d have to attach the second 611 motor to the A axis. Then whenever you wanted the v bit, you’d have to replace Z with A everywhere. You’d also have to be careful the “idle” bit wasn’t chewing up something. Endstops and motor control would be very helpful in this case.

I’m trying to think of a really really good reason to do this, like you have to switch back and forth several times in a job. Mostly I would think if someone was making hundreds of the same thing, and it required two bits, then it would be worth it to buy the extra hardware, and fiddle with the gcode manually.

I’m not going to do it, but it’s neat to think about.

It could work, the bits would have to be installed pretty precisely but it is doable. I would say the added width (about 2.5’) would be detrimental to a 4x8 so it would have to be for smaller machines.

Easier would be to hot swap the 611 since it is so easy to do, add a touch plate and easy peasy.

I mean, if you have to touch the machine, then that’s way too much work

It’s definitely redicilous. I’m still trying to think of a reason why you’d need to do one bit and then the next, over and over, but I can’t think of anything. It would be pretty cool though.

It is the width on both sides to get the second router offset. So instead of a half a mount board extra on each side it has to be 1.5 extra on each side. It would be cool to try though, it is already built into the firmware!

You watching the Tested podcasts??

Well I like that they had Drew assembling it and talking to Norm, he knows what the heck he is talking about without making it over complicated. That thing is a beast. The company seems pretty legit as well.

The flexed steel is the easiest plasma table setup I have seen, really nice!

That looks pretty awesome. I will have something similar if I ever get my laser attached. Ok, not quite the same…

I just visited the Golden history museum and they had a cool drawing from when the town was started. It would be awesome to engrave that on a coffee table. It was about 3 feet tall 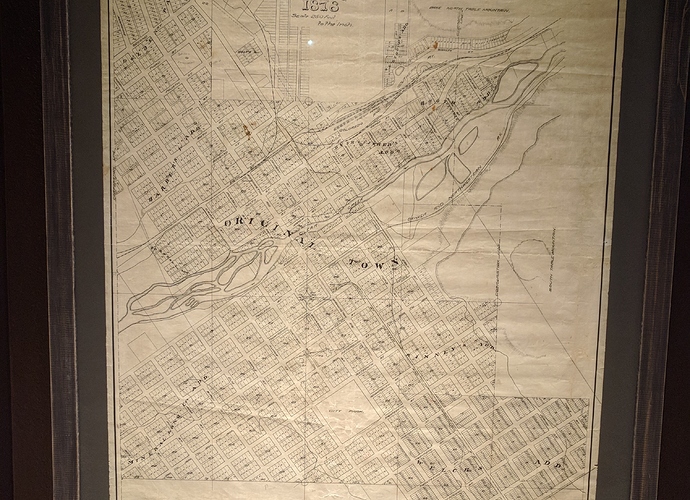 My buddy has a degree in cartography, he has all kinds of map ideas. I still need to do the terrain map of the SF Bay on a full sheet of foam.

Im looking to do something like this for Mt Rainier. Have the STL file, but still learning the ins and outs of doing advance work with Estlcam. 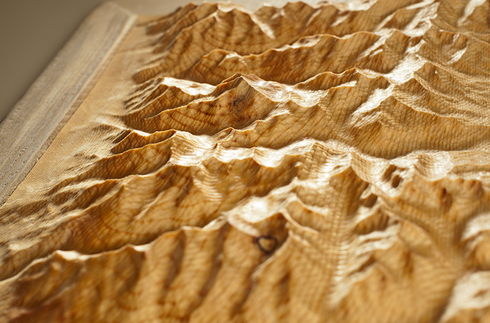 Terrain maps are interesting. I like the idea of using ply wood (literally) because the different heights will come in different layers.