I’ve been considering Inkscape as having some use to me but: I downloaded a NY Yankees logo .svg planning to make something for a friend who’s a big fan and this: 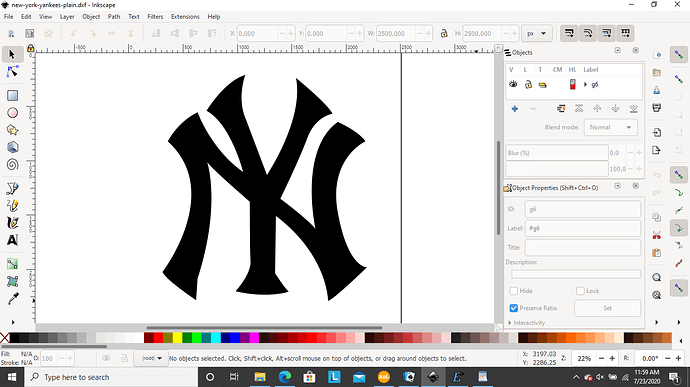 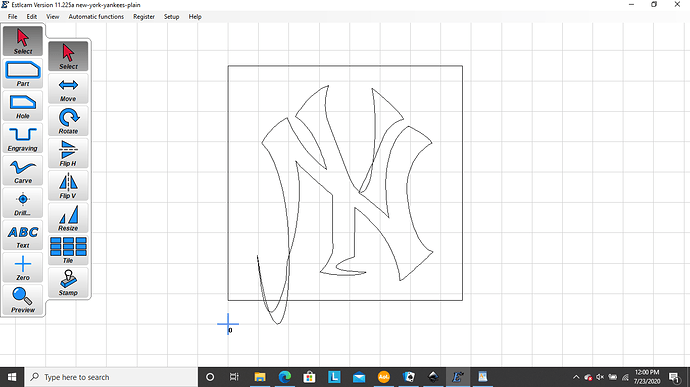 Is this the ‘norm’? I don’t want to spend a lot of time learning the software if I can’t do a seemingly simple thing.

Hrmm… This is where I would invoke the name of @scrounge79, as the resident Inkscape workflow guru… I could be wrong, but that’s what my gut is telling me. Either that, or it’s lunchtime…

Either that, or it’s lunchtime

Hey! Something I understand!

Always happy to be invoked for help.

This is the normal way for Inkscape to process vectors that have problematic nodes, especially a difficulty you might run into with an image that has been converted to a vector from the scan of a bitmap. I encounter issues like this all the time and that is why I almost always do my own graphics because what people call “vectors” are often not cleaned up to eliminate these problems.

Since these lines have nodes in them which wind the paths couterclockwise and clockwise, sometimes you might get these results going from one program to another. Even though SVG is a standardized format, how it is implemented between programs like a browser, Inkscape, and EstlCAM can vary. There is this thing called a winding rule that can be an issue on some programs (like Affinity Designer’s SVGs for the Glowforge laser cutter. It can be problematic.)

I run into this often in my laser cutting/engraving forum, especially with some files that suddenly kick out a stray horizontal line in a vector engrave because the node is twisted or not joined, just lying on top of another. The rendering engine of the software might make it look good, even for Inkscape, as a filled vector, but then when it gets processed at the path/outline level, the poor definition of the path shows up.

How I solve this problem is to open up any vector I may have received from someone else in Inkscape. I remove the fill definition and set a path definition/stroke width. Then I do View > Display Mode > Outline to examine the path and see if there are duplicates or problems.

You might be able to fix this just by clicking on the different nodes. Sometimes nodes in the path are not joined properly, are disconnected, hence the stray lines that appear in a filled vector engrave on a laser cutter.

EstlCAM usually does a fine job with Inkscape vectors, even native Inkscape files and not plain SVG format saved filed.

Inkscape is a great program and it doesn’t create errors, but it can preserve an error made in another program and make it look ok on the screen. Understanding nodes and node handles which go into making curves is just part of the experience. I guess it is that fundamental divide between raster and vector images that is always going to require manual tweaking if you use a tracing program or feature.

Maybe @vicious1 can enable uploading of native SVGs to the forum. Otherwise you can zip it up and upload and I’ll take a look at it.

Otherwise you can zip it up and upload and I’ll take a look at it.

Given this is apparently quite normal in some circumstances and possibly fixable, I think I’ll just continue trying to learn Inkscape, I’m still very much at the beginning stages. I know I tend to learn better by doing, screw-ups and all but just having someone with experience here to tell me ‘this is the way it is’ is of great help to me. Learning software can be made tougher at the start when you’re not sure if the problem is with the software or something you’ve done yourself so your input is GREATLY appreciated!

I always just do Path -> trace bitmap, then select the picture, hit ok on the pop up window, make sure it looks ok in the preview, if it doesn’t play with the values (I usually use the color dropoff option or whatever it is - not 100% sure without it open), then hit ok on the pop up, move your picture (there will be the original behind it), select the original, delete, save as svg. Import.

Thanks! I was just watching a tutorial on tracing this afternoon. But I’m quickly learning what appears as a one color shape in Inkscape can quickly be transformed to a shape with more colors than a paint store when you open it in Estlcam.

I haven’t fooled with the color drop off option so perhaps that will mske it all better?

USUALLY with a strong emphasis there, if you play with the color drop off option you can get rid of most of the noise and still have a good looking trace. On something like your logo with just black and white, you should be able to get a perfect trace and it only takes like 45 seconds for the whole process once you’re used to it. I’ve gone as low as ~30 and as high as ~70% to get a clean trace before.

Oh, also, if I have a color photo, I like to convert it to greyscale, maybe play with the brightness and contrast, then black and white, and then play with the trace. You can get very different results from just an increment of 1 in the trace menu.

Yeah, I tried a bunch of different file types today and got all kinda crazy results. It’ll have to wait 'til tomorrow to play with other options, right now dinner’s almost done and the Pinot Grigio’s well chilled.

I always just do Path -> trace bitmap, then select the picture, hit ok on the pop up window, make sure it looks ok in the preview

Well, I guess it’s not gonna make it easy on me. I do Path-trace bitmap-select-OK and get no preview.

I go file open
Open the picture I want
Then path
Trace bitmap
There hit update
Do your adjustments hit up date
When it.looks better hit OK

Have a nice dinner

I’ve tried converting so many file types today I think I was a bit lost. It seems I may have been trying to trace something that was already an Inkscape file and that may be a NO-NO. I loaded a .png file and the bitmap trace was successful and acceptable to Estlcam. I have a 30" X 34" piece of 1/4" acrylic that was left behind by the former owners of my house. Tomorrow I’m gonna make some plastic dirt.

And dinner was excellent!

Just a quick tip. You can go to images.google.com and search for something and add in “svg” and try to sidestep the issue. Keep in mind, this process does not respect copyright law so you will have to use your best judgement.

I had a piece of scrap plexi ~ 7" square so gave it a go. Flipped the drawing and milled it on the back side. I’m surprised at how transparent it seems, I expected it’d have a bit more of a frosted appearance but that’s why we do test pieces. 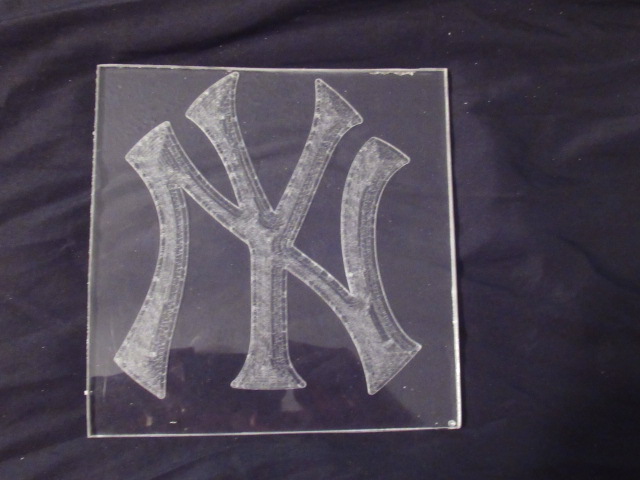 I still count getting Estlcam to do what I want as a win.

Now, edge light it with a blue LED…

Exactly why I’m fooling with acrylic, I have a few things in mind once I learn my way around. One thing I’d like to do eventually if I can find the files is make a plaque of the logo of every motorcycle brand I’ve owned. Not sure yet if I want to do that in plastic or wood.

That would depend on the brand…

The Honda had little plastic, it was an '80 inline-six CBX.